Understanding the romantic appeal of the Kentucky Derby and the lure of great Bourbon  takes me to Louisville, specifically to Michael Veach, one of the top authorities on Bourbon today. A Louisville resident, the author, lecturer and Bourbon educator shares his fascinating article for our enjoyment before the big event at Churchill Downs. Michael Veach will be coming to Atlanta. Exciting details soon. ~Doc Lawrence~
Bourbon and Horses
By Michael Veach 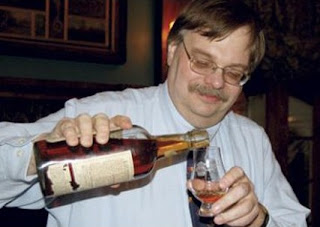 Legend has it that Kentuckians started breeding fast horses after returning from New Orleans. The trip to New Orleans was a dangerous trip that took about nine months to make. They would take flatboats filled with trade goods down the Ohio and Mississippi Rivers to New Orleans. All along the way there were Native Americans and river pirates waiting to separate them from their trade goods and their scalp. The British were paying good money for scalps in Detroit. Once in New Orleans the goods would be sold and the flatboat taken apart and sold as lumber. The Kentuckian then had a choice to make: catch ship in New Orleans and sail around Florida back to the east coast to return to Kentucky or walk back up the Natchez Trace. The land route was cheaper but much more dangerous as there were still Native Americans and bandits who would be waiting to rob and scalp the traveler returning to Kentucky. The idea was that the Kentuckian would purchase the fastest horse available in New Orleans for the trip home. If his horse was faster than anything the bandits had then he had a better chance of getting home. Once he was home he had a fast horse to breed and race. That is the legend and there is probably some truth to the legend but as all stories of this kind they tell only part of the story.
The horse racing industry in Kentucky grew at the same time as the Bourbon industry. Many distillers were also known for their stables of thoroughbred horses. Like the Bourbon industry, Kentucky’s horse industry gained its reputation starting in the 1820s up to the Civil War. The War had a devastating effect on both industries as Kentucky was a battleground of bushwhackers stealing horses and whiskey. When the war ended both industries recovered and became even more respected. 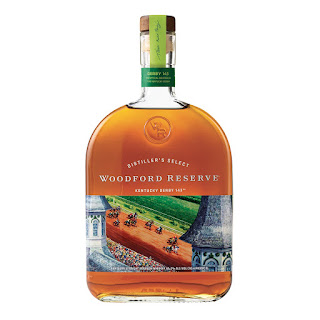 The Gaines family was well known as breeders of fast horses after the Civil War. They were also known for purchasing the Old Crow brand after the death of Oscar Pepper in 1867. Like many distillers they kept a herd of cattle to feed their distillery by-products to, but horse can’t eat spent mash. Horses were used in the distillery to pull wagons and such, but thoroughbred horses were more of a luxury item as far as the distillery was concerned. The horse industry had to come to pay for itself and that was done by racing them against other fast horses. Distillers began joining Jockey Clubs and investing in race tracks. The Churchill family who supplied the land for Churchill Downs were also involved with a distillery. The Jones family, who had brought Four Roses to Louisville became involved in harness racing. Distillers racing horses became a very common site in the late 19th century.
James E. Pepper was a well-known distiller and horse breeder in Kentucky Pepper had a fine stable of horses. His horse “Miss Dixie” won the 1892 Kentucky Oaks race. In 1893 his horse “Mirage” ran in the Kentucky Derby with Isaac Murphey as the jockey. In 1896 “the Dragon” finished fifth with Monk Overton as his rider. His cousin R P Pepper had been distilling whiskey but after a fire at the distillery he gave up distilling to concentrate on horse breeding and racing.
Old Rosebud was a whiskey brand owned by Hamilton C. Applegate who was also Treasurer at Churchill Downs. He purchased a majority interest in a horse and named him after his brand of whiskey. Old Rosebud won the 1914 Kentucky Derby with a time of 2:03 2/5 setting a record at the time.  In his career he would race in 80 races and won 40, placed in 13 and showed in 8. His career also boosted sales of Old Rosebud Bourbon.
Prohibition would sever the ties between the two industries for many years. When Repeal is passed on December 5, 1933, many of the privately owned distilleries and brands were in the hands of larger companies like National and Schenley. There was not the strong ties between the two industries but there was still an emotional connection. The distilleries used the imagery of horses and racing in their advertising and on labels. Stitzel-Weller had the “Kentucky Oaks” label with a horse’s head surrounded by a horse shoe. Glenmore had the Kentucky Derby label with a running horse on the label. There were more indirect ties with brands like “Bashford Manor”, a well-known Jefferson County farm with a major stakes race at Churchill Downs. These labels survived up until the 1960s when the decline of Bourbon sales caused many of the smaller and regional brands to be discontinued by the distilleries.

Advertising for Bourbon used the imagery of horses and horse farms heavily in print ads. Distilleries also used the fame of the Kentucky Derby to sell whiskey. Glenmore had a series of prints released every year in the 60s which featured the winner of the Kentucky Derby and Kentucky Tavern Bourbon. Jim Beam did Kentucky Derby decanters. Early Times became the official whiskey for the Mint Julep at Churchill Downs and Brown-Forman sponsored the Early Times Stakes race there.
In more modern times Maker’s Mark releases special bottles every year to support Keenland Racetrack. Brown Forman releases a special Woodford Reserve bottle featuring artwork for the Kentucky Derby poster every year. Most distilleries sponsor at least one stakes race at either Keenland or Churchill Downs. The distilleries are also very active in sponsoring events during the Kentucky Derby Festival. Four Roses picks a single barrel of their Bourbon to be the official Bourbon for the Great Steamboat Race. The distilleries have a booth at the Chow Wagon were people can sample Bourbons from every distillery in the State of Kentucky. All of the distilleries use the Derby as a time to bring in people to Louisville to attend the races and sell them Bourbon.
The ties between the Kentucky Bourbon Industry and the Kentucky Horse industry are long and they are strong. It would be hard to think of attending a race in Kentucky and not have a Bourbon. It is also hard to not think about horses and racing when looking at Bourbon advertising and promotions.
Posted by Doc Lawrence at 11:48 AM