WOMEN WHO SAVED A CITY

LaGrange, Georgia-Brooklyn native Mort Kunstler, widely considered the most successful and admired Civil War artist, came to this lovely west Georgia city to unveil what would be announced as his last painting in a storied career. Almost 150 years ago to the day, a confrontation of local women armed like a military platoon met Union invaders led by Col. Oscar LaGrange, ready to do battle in an effort to spare the city from the atrocities of General Sherman’s total war that included the destruction of Atlanta and the March to the Sea.

Mr. Kunstler’s oil on canvass painting magnificently interprets the dramatic event. The women weere organized as the Nancy Hart Militia paying homage to Ms. Hart, a Georgia girl who defended her east Georgia home during the American Revolution from pillage and destruction by British soldiers,

According to historical accounts, two LaGrange women, Nancy Morgan and Mary Heard recognizing their vulnerability with most able-bodied men away serving in the Confederate army, organized the militia and gave it the name.

The painting shows well-dressed  armed women (they wanted to have clothes to wear in the event their homes were looted and burned) ready to do battle with the battle-tested soldiers. Displaying admiration for them, Col. LaGrange assured them that their homes would be spared. As gratitude for his promise and in keeping with the finest traditions of the South, the Nancy Hart’s prepared and served dinner for the Union officers.

No participant was aware that General Robert E. Lee had surrendered days earlier at Appomattox.

Today, the spirit of the Nancy Hart Militia is evidenced. Many of the beautiful homes survived the Civil War and add to the stunning landscape. Perhaps inspired by their preservation efforts, LaGrange is a showcase of revitalization and prosperity. Restaurants and sidewalk cafes are positioned alongside retail shops and art galleries. Taste of Lemon, a popular family-style restaurant, occupies what was once a Methodist church. LaGrange College enjoys a national reputation for academic excellence while  Legacy Museum and the LaGrange Symphony are testaments to community support of the arts..

Just minutes from the city fountain with the statue of the Marquis de Lafayette, Hills & Dales Estate, once home to business legend Fuller Callaway, welcomes visitors with a tour of the mansion and stunning gardens. Nearby West Point Lake is a top-rated fishing attraction and landmark Callaway Gardens is a short drive from downtown LaGrange.

Close proximity to Atlanta makes a day trip easy. Visitors are inspired to stay a little longer. Not surprisingly, they enjoy this magnificent Deep South city and its friendly folks. Walking around town, there’s a chance that the smiling lady passing by might be a descendant of the Nancy Hart Militia.
Posted by Doc Lawrence at 1:42 PM No comments:

STOREFRONT CHURCH
SHINES
“I doubt there’s a better play about the consequences of the economic divide.”
Tom Key-Theatrical Outfit

ATLANTA-Storefront Church  by Pulitzer Prize, Oscar and Tony-winning playwright John Patrick Shanley concludes his "Church and State" trilogy of plays that began with Doubt and   Defiance.  Storefront Church  is a hilarious morality tale that explores the often-thorny relationship between spiritual experience and social action. On a rainy spring afternoon, the story awakened a dormant sense of what is right and wrong when greed faces desperation. 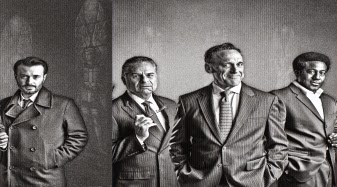 As in all his best works, Shanley dissects authority figures and tests their mettle with moral issues, often comically. "I think,” he elaborated, ”with the third play, it all comes to a landing place. I feel a sense of resolution. What Storefront Church says is very applicable to the time we're living in. There is a dearth of places for people who have a spiritual hunger to satisfy, and there's a dearth of places for people who have the hunger for community to satisfy.”

Theatrical Outfit, Atlanta ’s second-oldest continually-operating professional theater company was founded and has been led by Artistic Director Tom Key. A visionary, Key led the company through the creation of its award-winning downtown home, the Balzer Theater at Herren’s, the first U.S. theater to achieve LEED certification from the U.S. Green Building Council. The theater is on the historical site of Herren’s, the first Atlanta restaurant to voluntarily desegregate..

Tom Key, one of the top actors and directors today, whose masterpiece, Cotton Patch Gospel entertains audiences throughout the planet, sparkles as the top banker in Storefront Church. Located next door to Georgia State University’s magnificent Rialto Center for the Performing Arts and a block away from popular music venue The Tabernacle, the neighborhood is a cornerstone of Atlanta’s downtown revitalization.

For some personal revitalization, get your tickets now at 678.528.1500. www.theatricaloutfit.org. Runs through May 3.

Posted by Doc Lawrence at 5:48 AM No comments:

ATLANTA-For baseball fans, life begin again each spring with the first pitch. It’s the home opening series for the Atlanta Braves and who better to battle than the New York Mets followed by the Miami Marlins? The Braves are rebuilding, baseball vernacular for low expectations. But who really knows what the standings will look like come September? Youth can trump geezers in this game and when that happens, miracles often appear.

Remember the 1991 “last to first” Braves loaded with kids named Glavine, Smoltz, Breen, Avery and two-sport Falcon/Brave Deion Sanders? That October, the earth trembled. That was the year when the war Tomahawk chant and chop became a Braves’ tradition.

With so many new names on the roster, it takes a little time to become familiar, but nothing works better than winning. Strangers become heroes. Hustle, daring, spectacular fielding, daring base running, smart pitching and clutch hits. That’s quite a start. So far, so good.

The inaugural home stand series of 2015 featured something besides good baseball: Tailgating. The tradition is as embedded as the Tomahawk on the Braves uniforms. With the season openers, Chef Lara Lyn Carter created a Tailgate special, a culinary tribute to first-baseman Freddie Freeman. 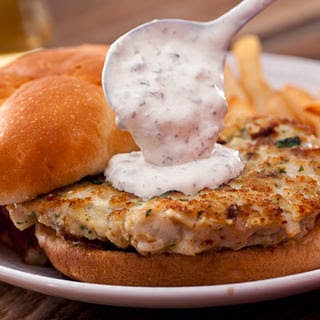 Season the catfish with lime juice, salt and pepper. Brush the grill with canola oil to prevent the fish from sticking.
Cook the fish over medium-high heat for 6-8 minutes per side.
FOR THE TARTAR SAUCE
1/2-cup mayonnaise
1 tbsp. Creole style mustard
1 tbsp. lime juice
1/2 tsp. cayenne pepper
1/4 cup chopped scallions
2 tbsp. sweet pickle relish
Combine all of the ingredients together and serve with the fish.

WINE PAIRING
Catfish has a subtle sweetness that blends well with a classic Chenin Blanc. Few producers do a better job with this white grape than Dry Creek. Reasonably priced, it is widely available.


Posted by Doc Lawrence at 2:29 PM No comments:

RACING TO THE BOTTOM? 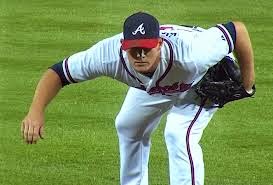 ATLANTA--Some days I really miss reading Lewis Grizzard. His newspaper columns-loaded with wit and
targeted sarcasm-were best when local sports was the subject. Imagine giving him some fresh meat provided by the Atlanta Braves rather shocking trade of Craig Kimbrel while local fans were still reeling from the unloading of other proven players. Lewis would have been ferociously creative. What he often accomplished was like puncturing overblown egos with his typewriter assuming the function of a large hairpin.

While others, notably the San Francisco Giants concentrate on going to another World Series, our team looks to new digs: a luxury stadium surrounded by sports bars and doodleburger 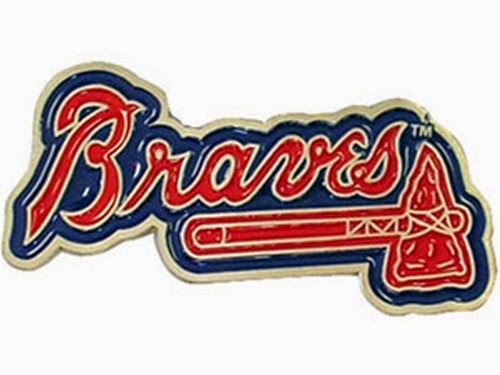 outlets. Traffic? No problem. They’ll build a skyway over the Interstate-one of the country’s busiest-an engineering feat comparable to Henry Flagler’s plans long ago to connect Key West to Havana with a railroad bridge.

Kimbrel was the National League leader in saves in 2014 (47) and has topped 40 saves in each of the past four seasons. Kimbrel has a 1.43 ERA, the lowest ERA in the entire league in that span.

This feels like the 1970’s, when six months of mediocrity was the norm. A race to last place?
Posted by Doc Lawrence at 8:38 AM No comments: