THE GREEN GRASS OF BASEBALL

I just finished John Grisham’s splendid baseball story, Calico Joe. It holds its own with other baseball stories like The Natural. Exciting and melancholy, propelled by Grisham’s storytelling skills make it perfect for a spring afternoon in the park or a vacation day on the beach.

Baseball has no counterpart in my life. It has from childhood been a refuge, often a balm when life started catching up too fast. Heroes weren’t fictional. I could see them on black and white television half the year on Saturday and for 75 cents, could behold the greatest of all minor league teams, the Atlanta Crackers in a venerable stadium on Atlanta’s fabled Ponce de Leon Avenue.

﻿﻿﻿﻿ ﻿﻿﻿﻿
There is one remnant of the old park: an ancient magnolia. The great Eddie Mathews and others hit balls over it in centerfield and the tree became legend. Mindless developers were going to cut it down in the early 1990’s only to be thwarted by children at a local elementary school who threatened to chain themselves to the tree. Public opinion, totally on the kid’s side, scared the thugs off and the tree stands today with a nice plaque explaining its legend.

My grandson pitched his last game yesterday as a soon to graduate senior at Druid Hills High School which sits adjacent to Emory University. I’ve attended his games beginning 12 years ago and was stunned that I will never enjoy this thrill again.

Baseball does that. Rarely are things repeated. It is a dance that imitates life.  Winners and losers are often close friends, and it remains a cerebral game that has a low tolerance for boorishness, bullying and disrespect. My grandson was lucky enough to play on some championship teams, one that went so far as to play in national competition in Cooperstown, New York at Baseball’s Hall of Fame. Over the years his teammates represented the world of diversity, a gift of living and learning in an international community.

Adults offer advice too easily. Be a businessman; get multiple college degrees; choose a high paying career; plan what you want to be ten, twenty years from now; you get out of life what you put into it. As if we really did such things.

Baseball memories are superior to pipe dreams and false hopes. Later on, this freshly minted 18 year-old will comfortably recall many poignant, precious baseball memories, ranking way ahead of the empty lure of fortune and fame in the very troubled world of adulthood. How to face life? I always trusted the grassroots advice from the immortal Satchel Paige: "Work like you don't need the money. Love like you've never been hurt. Dance like nobody's watching."

Baseball kept its promise of fresh air, good sportsmanship, fresh cut grass, laughter, cheers and the sounds the ball makes as it slaps into a glove.  All great things come to an end.  It’s like an empty stadium after the fans leave and the lights turn off.

Join me on the first installment of a recent culinary adventure in North Florida and South Georgia:
http://www.winesdownsouth.com/destinations/Bradleys_Tallahassee_Fl/FLBradleysCountry.pdf
Posted by Doc Lawrence at 8:16 AM 2 comments:

LEVON HELM SINGS FOR THE ANGELS 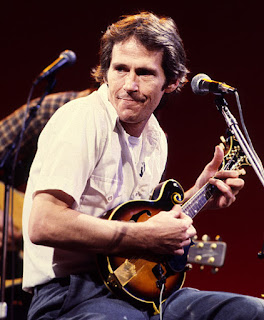 WOODSTOCK, NY—Sitting on a stool with his Bill Monroe-inspired mandolin, he was about to play the dramatic instrumental introduction to Bruce Springsteen’s epic, “Atlantic City,” a song he delivered masterfully, incorporating the strongest elements of Rock, Country, Rhythm and Blues, Bluegrass and French-Canadian music styles. Levon Helm, a genuine grassroots voice of the rural South, returned to the universe that produced him, his immortal soul flying away.

Much like his friend Johnny Cash, Helm enjoyed stardom, then receded into shadows only to remerge supremely triumphant in his final years. Three Grammys, induction into the Rock and Roll Hall of Fame and a 2011 performance in the Ryman Auditorium, Nashville’s sacred shrine of music, where “Ramble at the Ryman” was performed are just a few examples. Brother Love, the irrepressible Nashville wheeler-dealer, was there for the historic session: “It was a night made for street preachers, hookers, rabbit tobacco, sorghum syrup, hominy grits and moonshine. On that stage, Levon blended the Old South with New America, seamlessly crossing all barriers. I don’t think anyone else in music can do that.”

But it will always be “The Night They Drove Old Dixie Down,” that keeps Levon Helm’s mournful voice in that special part of my being where the funeral hymns of my mother, grandparents and Confederate ancestors (not far removed) resonate: “Rock of Ages,” “I’ll Fly Away,” and “Precious Lord, Take my Hand.”  Levon became Virgil Cain, a Southern man who lost everything. Few have fallen into the abyss of war and the horrors of killing, defeat, humiliation and starvation. Levon Helm connected me with those spirits. He wailed and my soul ached.

The South is America’s Ireland. The accents, traditional dances, incredible food and folk art soon will be absorbed and homogenized by popular culture and this country will lose some critical mass. Levon Helm may not have been the last voice of the South, but he was one of the few who could make the claim. A verse from “Atlantic City” hints that beyond despair and misfortune, noble spirits and universal truths linger. You can feel it in the breeze late at night.

“Now our luck may have died and our love may be cold
But with you forever I’ll stay
We’re going out where the sands turnin’ to gold
Put on your stockins baby, ‘cause the nights getting cold
And maybe everything dies, baby, that’s a fact
But maybe everything that dies someday comes back.”

By Doc Lawrence
﻿﻿﻿﻿﻿ ﻿﻿﻿﻿﻿
TALLAHASSEE, FL- Jan Bradley Parker keeps the wheels running on her family’s internationally renowned store on Centerville Road about 12 miles from Florida’s capital city. Spectacular Live Oaks are waiting for a Hollywood movie. The smokehouse is fully operational. The grits are ground on-premises from premium corn and the store counters are filled with rare Deep South delights like Tupelo honey, Mayhaw jelly and homemade hot pepper sauce that adds some heat to those turnip and collard greens.
Bradley’s Country Store is pure Americana with a Southern accent. The current affection for farm to table and local grown-too often a contrived marketing slogan that falls flat to a Southerner-has been the norm here for about a hundred years. Bradley’s isn’t threatened by supermarkets; it’s thriving. Shipping out 150,000 pounds of smoked sausage annually along with gourmet grits to customers including Art Smith’s Chicago restaurant and the Seminole Tribe of Florida says loads about reputation and quality.
“Miss Jan,” as friends and customers call her, is a sophisticated lady educated at Decatur, Georgia’s Agnes Scott College. She has the best of all worlds. The natural beauty of the bucolic countryside, loyal customers, rave media reviews and family tradition. What are the spices used in Bradley’s sausage? “It’s a secret we’ve kept for almost a century,” she replied with laughter. It would be easier to obtain the formula for Coca-Cola.
Bradley’s Country Store is a meeting place. Come often enough and you’ll run into football coaching legend Bobby Bowden. Hollywood superstars, Hall of Fame athletes, world-famous celebrity chefs, authors, symphony conductors, major league baseball players and hungry journalists make the journey to this little store to take home some of America’s finest fresh food.
Enjoy some genuine grits and homemade sausage. www.bradleyscountrystore.com.  Everything at Bradley’s is made with a lotta love according to Miss Jan.
This is the week we remember the Titanic tragedy. “The Last Dinner on the Titanic” is a very interesting remembrance of the menu courses, wines, dancing and music of that final gathering.
http://transformingtodaysworld.com/doc-lawrence/the-titanic.pdf
Posted by Doc Lawrence at 7:49 AM No comments:

KOSHER WINE FOR EVERYONE

By Doc Lawrence
Alexandra de Nonancourt,  part of the family-owned Champagne house Laurent-Perrier, told me over breakfast in Atlanta that there would always be a Kosher Champagne produced by her company. NV Laurent-Perrier Cuvée Rosé Brut 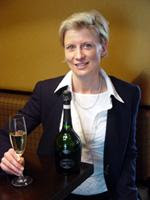 is made entirely of Pinot Noir. Here is a full-bodied rosé Champagne with bright strawberry perfume. “It is our lasting tribute to our friendship with a special family; a wonderful Champagne.” Passover is an appropriate time to become more familiar with the delights of Kosher wines.
Kosher wine, said Mitch Schneider who lives in Israel and is well versed in this subject, “is produced according to Jewish dietary laws, called Kashrut. All the appropriate wine making equipment, tools, and storage facilities must be used exclusively for producing Kosher wine. Beginning with harvest, only Sabbath observant Jews are allowed to work in wine production. Only certified Kosher products like yeast can be used.”
Schneider, a career wine professional, offered a few Kosher wine nuggets:  “With some Kosher wine,” he observed, “you might see Mevushal on the label. "  He explained that this literally means boiled or cooked. “Back in history, the Jewish people would boil the wine in order to make it unfit for idolatrous use. Even if an idolater touched it, the wine would still keep the status of Kosher. Today, we use the process of flash pasteurization to make the wine Mevushal. Flash pasteurization is a very, very fast process in which the wine goes through a continuous flow while subjected to temperatures of 160 °F to 165 °F.”
I asked if the terms Kosher and organic were related? “I don't believe they are,” Schneider replied, adding that “in Israel, Yarden Winery produces an organic Chardonnay from their Odem Vineyard. In America, Baron Herzog Winery is not certified organic, but many of their wines come from sustainably grown, low spray grapes.”

Obviously, with all the diversity inherent in wine for over six thousand years, there are aspects of Kosher wine that should attract everyone who loves good wine.  Mitch Schneider believes that Kosher wine should have the same appeal a non-Kosher wine brings. “A Chalk Hill Cab that is Kosher,” he said, “will taste like a Chalk Hill non-Kosher Cab. I know many people won't even try Kosher wine, but the truth is, when tasting a wine, whatever your preconceived notions you had in your head will effect the taste of the wine.”
Schneider claims that there are amazing Kosher wine available today from around the world. More than a few, he states, “are being written about and rated in top wine magazines and winning top medals in various competitions. The days of sweet concord wine are gone! Today, Kosher wine is something to be proud of like any other wine.”
Schneider said to look at Vodka. “There is a Kosher certification on Stoli. Why? Simply for the marketing aspect. No one thinks of Stoli as the Kosher Vodka. Likewise, don't think of Kosher wine as sweet concord wine.”
Here are some of the superior Kosher wines Schneider said to look for in the American marketplace: Castel Winery from Israel – “Their Grand Vin label is amazing.” Hagafen Cellars from California – “Look out for their Pinot Noir.” Borgo Reale Moscato and Bartenura Moscato.- “Two wineries, one wine - both delicious and refreshing from Italy.” Yatir Winery from Israel plus Goose Bay from New Zealand-“their Sauvignon Blanc is crisp, and very well balanced.”

What about Bordeaux? Or Burgundy? Schneider quickly responded, “we sure do have them,” referring me to two sites: KosherCuvee.com and Kosher French Wine importer.
It’s time to pour a glass of Kosher Margeaux and toast the majesty of tradition.
Vacationing in the South? A week or long weekend? Places you’ve never been like a Civil War Battlefield? Visit www.winesdownsouth.com.
Posted by Doc Lawrence at 6:49 AM No comments: