We who gather to honor the power and the glory of Dr. King’s triumphant march for racial justice will be denied the heartache and joy of a live performance by Billie Holiday. Lady Day, as she became known, died in a hospital where she was being treated for drug and alcohol abuse almost a decade before Dr. King’s murder. She was being guarded by a New York City policeman and at last breath had every reason to  believe that if she survived, a court appearance was inevitable.

The pain and anguish of this jazz icon is embedded in her music, songs that touch the heartstring and cry out . Weeks before her end, she took the stage at Emerson’s Bar on Philly’s south side, before an audience who witnessed one of Billie Holiday’s last solo performances. At 44, her days had dwindled but on this cold day in Atlanta, the stage at Theatrical Outfit brought her life and timeless music back for almost two hours in "Lady Day at Emerson’s Bar & Grill.”

Full of heart-melting numbers like “God Bless the Child,” “Strange Fruit,” and “What a Little Moonlight Can Do,” Billie’s songs held nothing back about her her loves and losses. Starring Atlanta’s own Terry Burrell, twelve songs seem like dozens more as the audience journeyed with Billie and the songs she performed with giants like Duke Ellington, Teddy Wilson, Benny Goodman, Louis Armstrong, Artie Shaw, Lester Young and others. 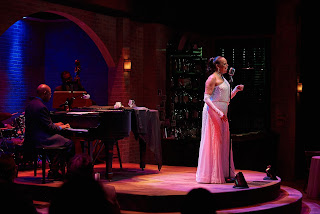 Lady Day, observes the production’s musical director S. Renee Clark, “was one of the greatest storytellers of jazz . . . bold enough to put politics in her work, with songs like Strange Fruit, when others of her era were not.” We can only imagine the psychic damage of racism and its cruel government sponsored segregation laws. Billie takes us on the road with one of her bands, Artie Shaw’s magnificent orchestra and searches for a restroom in Birmingham and a lunch in some other (any) city, to be reminded that normal behavior and the customary basic humanity are not available her. She’s way too dark.

Lady Day fights back, suffers humiliation, only to triumph in Carnegie Hall and find even that to be a prelude for prison, a place awaiting the despairing addict whose only victim is herself.

I once asked Wynton Marsalis after an appearance at Emory University how he defined the Blues. “It’s fighting back through song,” he replied, “a way of surviving by never giving in or surrendering.” That’s a pretty good description of Lady Day’s songs in Emerson. Terry Burrell, brilliantly channeling a Billie Holiday that fights back and never willingly gives in. She allows us to visit a troubled soul and has us singing along whether we want to or not.

Lynching and love are juxtaposed with upbeat rhythms and heartache in a synthesis called  jazz, that rich multicultural American elixir. Entering this theater that once was the site of  a gourmet restaurant where Dr. King dined, begins a personal journey offering a “sacred risk,” according to artistic director Tom Key. Billie Holiday’s story is our own. How close we are to meeting our own tragic destiny. Whether addictions, loneliness, bad health or other forms of suffering, we are able to see hope, that powerful feeling that we may become a little more like her, a little more free and a little more blessed.

Theatrical Outfit’s stage becomes a nightclub. Come a little early, order something from the bar, leave some cash in the jar, take a chair near the stage and enjoy the instrumentals led by William Knowles at the jazz piano. This will warm you up for Lady Day. You’ll know her by the white gardenias in her hair.

Through February 4. www.theatricaloutfit.org Images courtesy of Theatrical Outfit
Posted by Doc Lawrence at 11:41 AM No comments:

Combining over 50 years experience in cooking, uncorking, consulting and entertaining, two high-profile professionals Virginia Hall and Doc Lawrence launch their highly anticipated program in early February, “Just in time for Valentine’s Day,” said Ms. Hall. Dare to Pair is the name of this undertaking, a light-hearted but highly useful program all about the glory of the grape and the magical relationship it shares with gourmet delights from the kitchen.

Cookbook author, caterer, columnist, and home entertainer, Virginia Hall enjoys a solid reputation as a quick-witted, eloquent and established bright star in the gourmet world.  A popular public personality in Dekalb and Gwinnett counties, she has written for the local paper, “The Smoke Signal” for 30 years, produced four acclaimed cookbooks, conducted cooking classes and prepared tea and luncheons at a popular Stone Mountain Bed & Breakfast, the Stillwell House.

Doc Lawrence is a veteran journalist, published author, TV producer and enthusiastic wine  commentator. The late Jim Sanders, known as the “Father of Fine Wines in Atlanta,” taught Doc in his legendary Buckhead wine classes and entrusted him with his priceless wine course materials prior to his death. Doc’s popular wine column in Atlanta’s “Piedmont Review” magazine ran for 16 years and today he writes, broadcasts and lectures regularly throughout the country about wine, food, restaurants and elevated lifestyles. 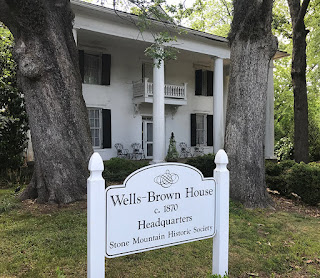 “Dare to Pair,” says Ms. Hall, “Is much more than a food and wine course. We’ll have real food from my kitchen along with servings of Doc’s wine choices from his cellar, discuss what they are and why they are perfect to pair together.” She added that practical suggestions, like where to buy affordable “but never cheap” wines are part of the program along with highly useful advice about crystal stemware and many other dinner suggestions.

Fun and friendship, according to Doc Lawrence, is the backbone of this program. “We begin with Valentine’s Day, serving up some original and highly creative food for lovers with a surprise wine that says amour loud and clear. Who knows? Maybe we’ll finish up with a ‘Champagne jam.’”

Dare to Pair, also known as Dare2Pair, is signing up program participants for the February 2018 debut in Stone Mountain’s historic and beautiful Wells-Brown House “We’re keeping this intimate,” says Ms. Hall. “20 should be a comfortable group.” Plans are to have an occasional celebrity guest and a field trip to a Georgia winery. She pledged, “this is not a typical teacher-student type of course, but one of active participation, delightful food tastings and interesting wine pairings.  The course is sure to be filled with laughter, new friends and the chance for some real enlightenment. “
RSVP-Contact Virginia Hall: vhallmusic@bellsouth.net 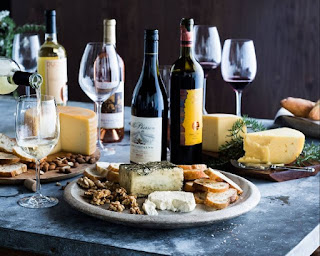 Posted by Doc Lawrence at 2:15 PM No comments: