An Evening With Patsy Cline-Reviewed

I actually saw Patsy Cline when she was already established as a top recording artist with the success of “Walking After Midnight.” She had that indefinable catch in her voice that somehow suggested that a tear was magically embedded. The news of her death at age 30 in 1963 still resonates. I never met her but like millions throughout the world, I always felt that we would have been friends. Patsy had that rare intimate gift for connecting her heartstrings with an audience. 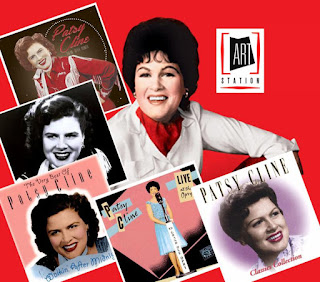 Michelle Martin shines in “An Evening with Patsy Cline,” the current stage production at Art Station Theatre. Backed by a flawless band and singing into a microphone decorated with WSM and the Grand ‘Ol Opry brands, the very talented singer and Gainesville, Georgia native performed a full playlist of Patsy’s almost countless hits.

We learned that Patsy came close to not recording Willie Nelson’s brilliant “Crazy,” only to change her mind, record it with the unforgettable piano accompaniment of Floyd Cramer and backing by the Jordanairres and watch it soar on country and popular music charts to become an American music standard. 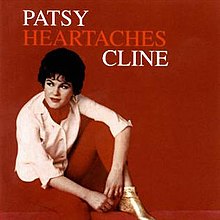 The songs performed on this night beside towering Stone Mountain included Bob Wills’ “Faded Love,” and “San Antonio Rose,” an interpretation of Hank Williams’ mega-hit, “Lovesick Blues,” a heart-wrenching “She’s Got You,” and after a few dozen more, the finale, “Sweet Dreams.” I joined many others in wiping away tears.

Many performances of Patsy Cline musicals are enjoyed in myriad venues including “Always Patsy.” Art Station, through the creative genius of David Thomas and Patrick Hutchison presented Ms. Martin’s interpretations with clever lines-most of the songs began with a directive to play in a particular key, a nod to Patsy’s appreciation of perfection. Showcasing Patsy’s Appalachian accent confirmed a cultural connection to Maybelle Carter, Loretta Lynn and June Carter Cash.

Michelle Martin’s vast vocal range is both a natural gift and the result of professional training including her education at Florida State University’s renowned School of Music. Patsy could growl at will, giving a little lift to a song. So can Ms. Martin who for almost two hours brought Patsy back to life on this wonderful stage. It was like a night on Nashville's Music Row at the Ryman Auditorium.