LYNCHBURG, TN- “This is the Master’s of barbecue,” observes Gary Prater, the renowned Tennessee restaurateur and fellow judge at the Jack Daniel’s World Championship Barbecue. His comparison to golf’s most prestigious competition was on point. Here, beside the historic Jack Daniel’s Distillery, teams from across the country and around the world will light the coals and fan the flames going head to head in an intense battle of smoking, seasoning and searing. 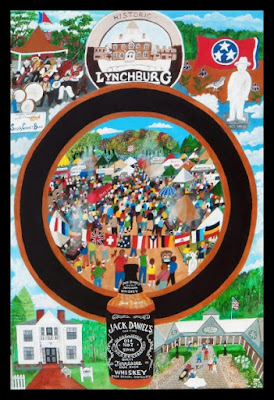 There’s only one Grand Champion and the winning team claims a fat check and a priceless trophy, barbecue’s counterpart to golf’s Green Jacket.

On this Tennessee Saturday, the 28th year of this event, 96 teams of champions the world over will gather in Jack Daniel's Hollow beside the renowned distillery to compete for big cash prizes based on barbecue excellence. For the past decade I have served as a judge at the Jack Daniel's World Championship Invitational Barbecue in Lynchburg, Tennessee alongside some of the biggest names in food, spirits, music and media to determine the planet’s best of the best barbecue.

You get a taste of Lynchburg, see the international teams parade and enjoy some of the finest barbecue in the world. Award-winning teams from around the planet compete for the coveted title of Grand Champion in seven categories: chicken, pork ribs, pork shoulder/butts, beef brisket, desserts and sauce. 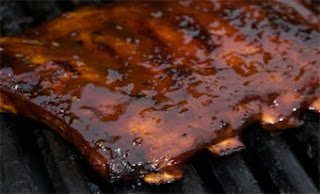 The experience affirms that barbecue is America’s most popular food style, solid bedrock of our culinary heritage. The reasons are apparent. Barbecue requires only food grown and produced here. It has venerable roots and while there have been changes (grills come to mind), the finished dish remains pretty much unchanged.

Taste preferences vary from geographical region, but not as much as one might imagine. The constant is slow cooked meat or fowl and the smoke that waffles from hardwood or good charcoal.

“The Jack,” as the competition is called, forbids gas grills. Natural preparation is the rule.

Famous Dave Anderson, restaurateur and the creator of the acclaimed sauces and condiments found on supermarket shelves coast to coast, is one of the unchallenged kings of barbecue. He also serves as one of the judges for “The Jack.” Modest and soft-spoken, Dave is a model for entrepreneurial success. The founder of the Famous Dave’s restaurant chain, Anderson is a Ojibwe and Choctaw Indian and former Assistant Secretary of Indian Affairs in the Department of the Interior. Famous Dave regularly travels the country speaking and is the author of several award-winning books. To him,  “The Jack” represents the best of America  “combining competition with a celebration of barbecue, our signature food.”

Jack Daniel’s Master Distiller Jeff Arnett brings pizzazz to his fabled Tennessee whiskey and the barbecue event. It was Arnett who was instrumental in the highly successful commemorative Frank Sinatra limited edition of Jack Daniel’s. Through Arnett, I learned that Sinatra so loved this Tennessee product that a bottle of Jack was placed in his casket. It’s a long journey and a fellow can get mighty thirsty.

The charismatic Arnett is only the seventh Master Distiller in Jack Daniel’s storied history. 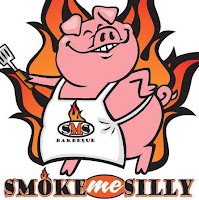 Dinner this Saturday at Cortner Mill Restaurant, an early 1800’s grist mill beside the mighty Duck River in Normandy, Tennessee, will be emblematic of Tennessee’s evolving gourmet culinary culture. David Hazelwood’s romantic restaurant hosts wine dinners with as much flair and imagination usually confined to big cities like Atlanta.

Jack Daniel’s, the top selling American whiskey in the world, goes down smoothly served any way you like and is forever part of barbecue enjoyment.

Come to Lynchburg. Meet me at the Judges Pavilion and I’ll treat you to some unforgettable barbecue.
Posted by Doc Lawrence at 11:06 AM 1 comment:

Gourmet Dining and a Legendary Sandwich

Miami-Getting here meant navigating around the potential horrors of a major hurricane that recalled a really mean one, Katrina. Miami was mercifully spared. For some, the only minor discomfort was heat and humidity, something easily managed with cotton clothing and sandals.
This is the land of great journalists and authors like Edna Buchanan and Carl Hiassen. It was a sports-filled weekend.

The area is one of America’s gourmet centers. Here, that means diversity where in some areas there are restaurants offering the cuisine of dozens of countries. Miami serves as a reminder that the world of good eating is an adventure. Food trends here relate to origins: Cubana, Brazilian, Peruvian, Argentinean, Middle Eastern are omnipresent and influential.

Cocktails? Plunge into the rums from islands in the stream. The varieties stand in quality and usefulness alongside Bourbon and Tennessee whiskey, and when there’s salt in the air, rum with lime awaits.

You are drawn here to landmarks like the ever-majestic Fontainbleau, a hotel that still stands above most I’ve ever visited. Long ago, I spent some time as a guest in the penthouse, once occupied by megastars like Frank Sinatra and Elvis Presley.  I know what it feels like to be a king for 72 hours.

Later this year, Art Basel, the global fine art event takes place in Miami Beach. My first attendance there also included an evening with Muhammad Ali for a tribute to the best of all time. Etta James performed. Will Smith emceed. That’s part of what makes Miami memories so special.

There’s more to come in early 2017. The South Beach Wine and Food Festival is worth the effort and the cost. There’s something really nice about enjoying food and wine beside the Atlantic Ocean in the middle of winter.

Walk around for just a few blocks and you have choices of fine dining or casual food. No trip to Miami is complete without a Cuban sandwich. Here’s a recipe that is as near to the real thing as you’ll find this side of Havana.

Spread 2 tablespoons of the butter on one half of the bread loaf and a thin layer of mustard on the other. Place 1 to 2 layers of ham, pork, cheese, and, finally, pickles on the buttered bread and top with the mustard-spread bread.

Smear the remaining butter all over the outside of the sandwich and wrap it completely in aluminum foil.
Press and grill the sandwich
Heat your grill to high (550°F) and close the lid. Wait at least 15 minutes before lowering the heat to medium-high (450°F) and continuing.
Before grilling the sandwich, press down on it with your hands to flatten it. Place the wrapped, flattened sandwich on the grill and top with a brick, grill press, or any other heavy, heat-resistant object. Close the lid and grill for 5 to 6 minutes per side.
Remove the wrapped sandwich from the grill and take off the foil. Return the sandwich to the grill and grill for about 2 to 3 minutes per side, or until both pieces of bread are crispy and golden brown.
Slice and serve
Remove the sandwich from the grill and cut at an angle into small sandwich wedges (triangles). Place on a large platter and serve while still hot.

This is not your ordinary sandwich. Enjoy with Sangria and finish with a legendary Café Con Leche.

Posted by Doc Lawrence at 8:19 AM No comments:

The Year of Grilling Dangerously-Part II

CLEMSON, South Carolina-Two hours from large cities like Atlanta is one of the great green areas of the South, where pure crystal water is abundant, the rolling hills confirm the nearby presence of the Blue Ridge Mountains and the fishing is tops anytime of year. This weekend was reserved for college football and on the first day of October, the world seems bright orange.


For a few glorious hours before Clemson played Louisville in an ACC match up with national meaning, tailgating in all its glory was in full throttle. Not that these stalwarts occupying fields and parking lots near the stadium needed an excuse to eat and drink, but they do like the added spice of being in the bright spotlight. Showing their colors is almost secondary to the delights brought in by cars, trucks and SUV’s that jam the countryside. Smoke from countless grills was seasoned with chicken, pork, sausages, trout and more.

A prelude to friendly combat.

Beverages are more varied than the old days when beer dominated. Now, it’s Bourbon, Jack Daniel’s, Tequila and, of course,  wines. Lot’s of them: red, white and rosé are de rigueur.

The almost perfect weather called for elixirs from Kentucky and South Carolina. Highspire, a 100% Kentucky Rye, proved to give smooth new meaning. South Carolina-produced Six & Twenty Bourbon from the distillery not far away allowed us to enjoy the best of both states. Plans are to enjoy them again in Georgia, Florida and wherever I travel and long for something satisfying.

Pumpkins are Clemson orange and on this day, they are omnipresent. I tried a slice of pumpkin bread with a cocktail, Jack Daniel’s and Coke. Nice.

Time is needed to get the tailgate spirit, Give thousands of people time to set up for pre-game partying (this means a night football game), and the choices are staggering. Chicken and shrimp every which away. Lamb kebobs served by Clemson fan and tailgater Mary Gillispie became heavenly with a glass of Besieged, a 2014 Sonoma County red blend from Ravenswood. The pronounced but subtle blackberries, black cherries and plums blended with locale and the food.

Rice is a South Carolina staple. On this heavenly fall day, tailgating takes on more meaning, inspiring the South’s best to create something memorable.

Chop the peaches into tiny bite size pieces and place in a bowl. Pour 1 tablespoon of Jack Daniels over the peaches.
Using a vegetable peeler, remove the rind from the lemon. Place the lemon rind, rice, milk, and sugar in a pot and bring to a boil; then reduce heat and simmer for 15 minutes stirring often to prevent the mixture from sticking. Drain the residual Jack Daniels from the chopped peaches and stir the peaches into the rice pudding mixture. Remove the pudding from the heat and divide evenly into four serving bowls.
For the glaze, stir the preserves and three tablespoons of Jack Daniels into a saucepan. Heat the mixture over medium-high heat until bubbly and the preserves have been reduced. Remove the glaze from the heat and allow the glaze to thicken by allowing it to cool for a few minutes. Pour the glaze evenly over the pudding and enjoy. 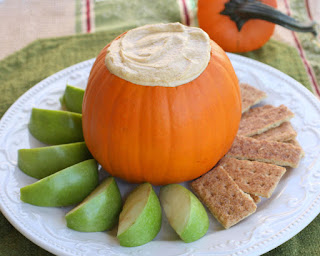 This dessert deserves an appropriate wine like Rosé. Two recommendations, Emtu Estate Russian River Valley Rosé or Margerum 2015 Riviera Rosé. These proved to be refreshing with magnified color when garnished with a slice of late season peach.

Posted by Doc Lawrence at 5:11 AM No comments: