"SPIT LIKE A BIG GIRL." A Triumphant Story; Magnificent Production

Stone Mountain, GA--A rainy Friday night in Georgia was made to order for a homecoming. Clarinda Ross brought her autobiographical play, “Spit Like A Big Girl” to the theater where she began her professional career as an actor and playwright. It was also, according to Art Station’s David Thomas who directed the production, the Southeastern premiere of the play. 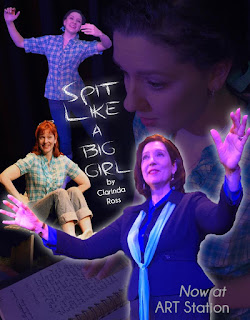 Storytelling thrives in the South. Family, separation, birth and death are common themes that fill magazines, books, songs and of course the stage. What separates “Spit” is much of what makes the play compelling and relevant. For two spellbinding hours we join in the story of an amazing family of college professors, marriages and journeys buttressed with humor and more than a little sadness.

Clara, the developmentally challenged daughter, never actually appears but she surely stars and shines throughout the play. Her mother, Clarinda, takes us to places where mindless bureaucrats, thoughtless boyfriends and indifferent strangers somehow manage to find a way to make daily existence for mother and child a nightmare.

Floating around the audience was the unspoken but very profound question: How many of us have endured similar cruelty when we were desperately looking for help?

No need for a spoiler alert. “Spit” ends triumphantly, a victory for perserverance and a testament to the power of mothers everywhere who will not back down. If there is any deficiency, it is that we were not able to meet Clara, now grown and likely filled with the same spunk and grit of her devoted Mom.

Originally a one-person play, it has expanded to include the early days of Clarinda in Georgia and North Carolina masterfully performed by a young and gifted actress, Angelica Spence, a local talent, who early on matriculated at Art Station and now calls Buckhead home. Look for her in other productions. Her rising star shines brightly.

A paen to her college professor father who regularly cautioned “there’s nothing more dangerous than an educated redneck,” and kept a journal which manifested post-mortem to become a guide for his daughter’s career as an actress, playwright and storyteller, “Spit Like A Big Girl” is a lesson in the power of enduring love, seasoned with laughter, spiritual enough to prompt tears on demand.

It’s very Southern. It almost has to be. God created us to be storytellers.

Posted by Doc Lawrence at 8:25 AM No comments:

VALENTINE'S DAY WINE-Love in a Bottle

"I don't want to live; I want to love first, and live incidentally.”
Zelda Fitzgerald

ATLANTA-I just made my purchase. Four bottles of  Saint Amour, the wine that says everything on the day we celebrate romance. No gimmicks here, not another beverage from madman hype . This wine is the real deal: made in a region of Burgundy, named after the village of the same name, bright red like a Valentine heart and delicious with almost all food. 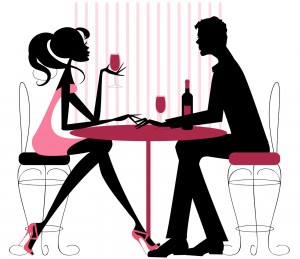 We all recognize that this wine bears a name which is gentle to the ear and to the heart. It is the wine of poets and lovers. If it did not exist, life would be a little less charming. The village of Saint Amour gives its name to this wine. Before that, a long time ago during Gallo-Roman times, a centurion named Amor belonging to the Thébaine Legion, stationed in the Valais region of Switzerland and famous for his Christian faith suffered martyrdom. In all evidence, the ways of lovers, with their pleasures and sorrows, are rarely easy.

Saint Amour legitimately claims to be the most romantic of the 10 Beaujolais Crus. It’s name translates to “Saint Love” and loosely to “holy love,” “pure love,” or a variety of other equally delicious and romantic terms. 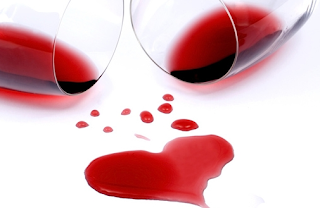 With both the enchanting name and the reasonable price, this wine is ready for romance. 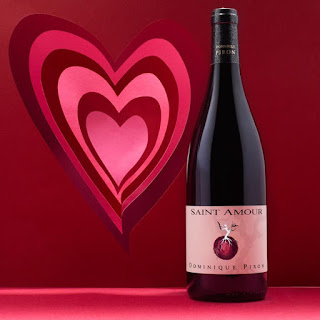 Saint Amour remind us that love is grand in all its forms – through youth, middle age, and maturity – and that this good wine is always an excellent accompaniment to romance, particularly on St. Valentine’s Day.

Here’a toast to everyone: All you need is love!

Note: Sherlock’s in Atlanta has Saint Amour and if you are lucky, the J.Sanders label. Good wine stores throughout the world sell out of this delightful wine each 14th day of February.

The Last Dinner-A Romantic Evening, A Prelude to Tragedy

The last dinner on the Titanic was a spectacle of romance entwined with luxury, music, high fashion and the finest cuisine served with almost endless glasses of Champagne. The dining room for the wealthy was named The Ritz, an orchestra serenaded diners and encouraged dancing. An evening we can only fantasize about during the days leading to Valentine’s, our special time to celebrate the majesty of love.

Here is the menu for that luxuriously appointed event. Most of the dishes are recognizable. Some are antiquated. It is a guide of sorts for those who at least dream about a special evening with someone we love. In a place where the best of everything is served amid lovely music in a room tastefully furnished, with guests who excel in advanced conversation.

Although this was a prelude to tragedy, take a moment and imagine the evening spent in this manner with someone you love. Another glass of Champagne? Shall we dance?

As served in the first-class dining saloon of the R.M.S. Titanic on April 14, 1912
First Course
Hors D'Oeuvres
Oysters 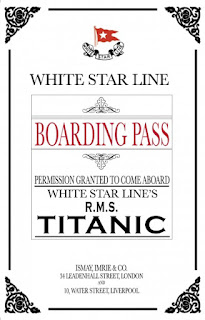 The repast was served with a different wine for each course.
Following the tenth course fresh fruits and cheeses were available followed by coffee and cigars accompanied by port and distilled spirits like Scotch, Irish Whiskey and Cognac.

May your Valentine’s Day dinner be elegant and romantic.

Posted by Doc Lawrence at 1:09 PM No comments: 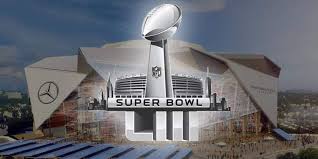 Responding to good-natured requests for recipes that actually have culinary connections to Atlanta and Georgia, nothing stands out more than Brunswick Stew. It's ours, born here and served here in select restaurants, particularly those that serve great barbecue. You'll find it on the menu at Mary Mac's Tea Room, a landmark restaurant that has deep roots here. Manuel's Tavern serves a critically-acclaimed bowl of this staple as well.

Jim Sanders, the father of fine wines here and an Atlanta restaurant pioneer, served on special occasions his barbecue pork along with his treasured, venerable recipe Georgia Brunswick Stew, something he learned during his childhood days in Covington, Georgia. It remains a traditional accompaniment to genuine Deep South barbecue. For those looking for a viable alternative to chili, here's a winner that is delicious. Sources swear it was a personal favorite of Miss Scarlett O'Hara. 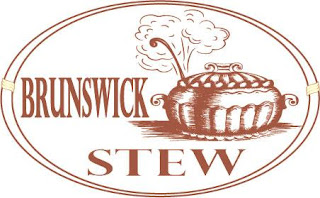 Boil the chicken until it is very tender, cool, de-bone and chop the meat finely. Meanwhile, in a large pot over medium heat, braise the pork until half done. Add half the chopped onions, one chopped garlic clove, chili powder, thyme, cayenne pepper and a generous sprinkling of kosher salt and black pepper. Continue to braise until the meat is well browned, stirring every few minutes to break up any lumps and combine with chicken. Add the tomato juice and catsup and simmer for 11/2 hours. Add the rest of the chopped onions, another chopped garlic clove and simmer for another 30 minutes. Taste for salt and spoon off the fat before serving.

Serve as entree or side with fresh cornbread preferably made with a Georgia heritage product, Logan Turnpike Corn Meal available at the Dekalb Farmer's Market in Decatur.

Wines? A Beaujolais-Village, ever affordable, pairs well. Cocktails? Use your imagination. I will be enjoying several made with Coca-Cola (this is Atlanta), variations of the Cuba Libre and a few others. We'll open up everything before kickoff with a toast to our beloved Gladys Knight who'll be singing out all our love for America!

Posted by Doc Lawrence at 7:12 AM No comments: