“Paper fans in sweaty fans
Shooing flies away
Reflections on a porch
A shelter from the scorch
When dog days came around.”
~ Dog Days, The Atlanta Rhythm Section

STONE MOUNTAIN, GA- It’s a good time to avoid cuts, scrapes and insect bites, according to folklore. Miss Tobie Grant, perhaps the wisest person I ever knew, told me when I was a child that “things don’t heal right during the Dog Days.” Her advice was to be careful, take it easy and think quiet thoughts.

The specter of Dog Days is nothing new. The Old Farmer's Almanac assigns it as the 40 days beginning July 3 and ending August 11, a period coinciding with the rising of Sirius, the Dog Star, at sunrise. These are the hottest days of the year with the least rainfall in the Northern Hemisphere.

The ancient Greeks, according to the divine Greek-American Sarah Mallas Wayman, an Atlanta lawyer, provide elaborate lore associated with Sirius. “The first appearance during the final days of July and early August,” she instructs, “indicated the dominance of sweltering temperatures; a warning of heat, fire, and even fevers.” Dog Days, she added, “were viewed as an evil time when wine soured and the oceans boiled.” 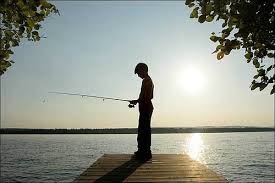 We survive all this, of course. It is comforting to think about the pleasures we’ll enjoy in just a short time. College football season debuts with its pageantry and traditional rivalries. Then, there’s the return of tailgating, our great game day feast. According to Frank Spence, the former Atlanta Falcons front office executive, “tailgating is now a solid part of Americana with deep Southern roots.”

Harvest festivals are scheduled when we again embrace cooler days and nights. A prelude to fall leaf season.

I’m already feeling better. And before the day gets away, I’ll head down to the lake to catch some bream and largemouth bass for dinner. Maybe inviting neighbors over. Fresh fish with good wine is another one of those antidotes for the Dog Days blues.

Survival advice could fill a book. My favorite philosopher remains the great Satchel Paige who offered common sense: “Avoid running at all times.” 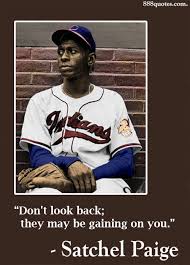 Posted by Doc Lawrence at 7:14 AM No comments:

“The world is a fine place and worth the fighting for and I hate very much to leave it.”
~~ For Whom the Bell Tolls, by Ernest Hemingway

KEY WEST- The guy is still around. His island home here stays packed and reminders of him are omnipresent. Less than a hundred miles south in Havana, Ernest Hemingway is just as popular and revered.

Today is the birthday of the Nobel Prize winner and his fame keeps on growing. Hemingway, the man who said “there is no friend as loyal as a book” was always bigger than life anyway.

The lines can be long at his home, easily the most visited place in Key West. Everything remains in place and you can even buy some interpretive art from sidewalk artists. I have a one called “Papa with a Hangover.”

A visit to his homes in Key West and Havana is an immersion in books, typewriters, Picasso paintings and celebrity mementos. His limestone wine cellar maintained during his residency on the island was believed to be Florida’s best-stocked private collection.  Papa, as he was universally called, had a love for life that was nearly as strong as his fascination with death, dominant themes in classics likes The Snows of Kilmanjaro and For Whom The Bell Tolls.


Hemingway adored women and disdained weak men. His boat, the fishing cruiser Pilar, was named for the strong gypsy woman, the bravest soldier in For Whom the Bell Tolls. Friendships included Ingrid Bergman, Marlene Dietrich, Karen Blixen and Gertrude Stein. His admiration for Ava Gardner landed her career-making roles in The Sun Also Rises and The Snows of Kilmanjaro.

A Key West tradition, Hemingway Days is an almost weeklong celebration on this island that needs no reason to party. Papa was special: One of their own, writing, entertaining, fishing and taking time to have cocktails with friends including the rich and famous.

Whether composing novels in his Whitehead Street writing studio or fishing for big game in local waters, Papa left a powerful legacy in Key West. His zest for life, literary accomplishments and enduring affection for the island fuels the celebration.

Events include literary gatherings. One hosted by Papa’s granddaughter, author Lorian Hemingway, is the Lorian Hemingway Short Story Competition, a recognition of the work of emerging writers. There are book signings, academic lectures, a Marlin fishing tournament, a Papa look alike competition (there are hundreds of contestants) and more. 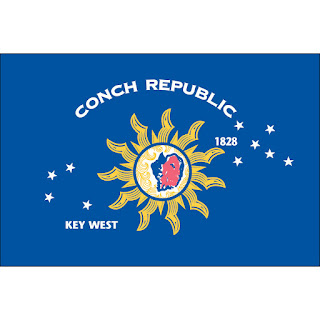 Posted by Doc Lawrence at 5:31 AM No comments:

"The Barber of Seville," Dinner and a Diva

ATLANTA- You have to go to Chef Duke LoCicero's Café Giovanni in New Orleans' French Quarter for a counterpart. Dinner and a Diva, a collaborative between the acclaimed Capitol City Opera Company and the bedrock French restaurant Petite Auberge is a fixture in the culinary/musical heritage of Atlanta.

The latest production features highlights from Gioachino Rossini's The Barber of Seville. 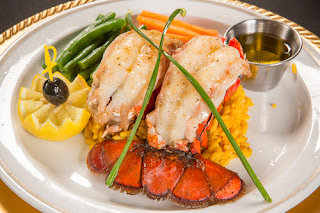 Nestled for over 40 years in Toco Hills around the corner from Emory University, Petite Auberge holds the distinction of being a genuine heritage restaurant. These are few and far between in the entire region. With this being the year that Georgia celebrates our unique music, “Dinner and a Diva” merits recognition. 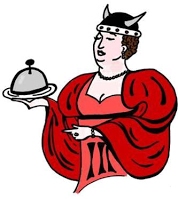 When 'Barber' was first performed in1816 Rome, it would have been difficult to predict that this operatic comedy would become one of the most beloved of all time. Music from this masterpiece has even been featured in numerous popular-culture settings. Remeber Robin Williams singing the famous "Largo al factotum" at the beginning of Ms. Doubtfire? One episode of Seinfeld featured selections from the overture.

Dinner and a Diva is a wonderful program for both seasoned opera fans as well as those who enjoy French inspired cuisine and good wine with brilliantly presented live music.


Posted by Doc Lawrence at 5:31 AM No comments:

Posted by Doc Lawrence at 7:33 AM No comments:

GRITS: Girls Raised in the South

The Musical at the Mountain 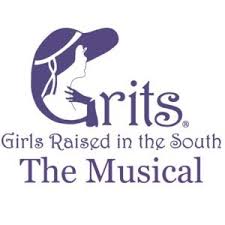 STONE MOUNTAIN, Georgia-After receiving the Nobel Prize for literature, a reporter asked William Faulkner why he wrote only about the South? “It’s what I know,” the Mississippi native replied. Art Station, the epicenter of culture in this part of greater Atlanta, stays true to its formula of entertaining audiences while advancing the better angels around us. Inspired by Deborah Ford’s best-selling book, Grits Friends Are Forevah: A Southern-Style Celebration of Women, Erica Allen McGee’s musical, GRITS- Girls Raised in the South offers almost two hours of songs performed by four gifted cast members, successfully demonstrating what it means to be southern women.

They announce with good intentions that like a state border, there is a grits line. One example is the Ohio River. Kentucky is grits country; Indiana is not. But such differences are superficial and there’s room for women everywhere who come down South for college or seek refuge from cold weather and strange food.

The performances by talented cast members Liza Jaine, Dejie Johnson, Allison Spragin and Joy Walters include solo parts. When they combine on a song, everything is supercharged. Ms. Spagin is in a league of her own with a wide-ranging, powerful voice that would fit seamlessly in Mahilia, the musical about gospel great Mahilia Jackson.

Throughout the show, GRITS girls are introduced including thoroughbreds like Loretta Lynn, Dinah Shore, Eudora Welty, Maya Angelou and Dolly Parten. Honorary members like Lucille Ball qualify because they have all the characteristics of a Steel Magnolia.

Closing out with A.P. Carter’s version of “Will the Circle Be Unbroken?” and Hank Williams’ “I Saw the Light,” brought up the audience, standing, clapping and singing. It’s what we do down here when entertainment takes us to a higher life.

Art Station’s David Thomas, long recognized as one of the wunderkinds of the live theater in Atlanta and beyond, introduced GRITS on opening night. “I call myself a member of ‘BRITS,’” he said. “I’m a proud boy raised in the South.” This show, he added, “honors everyone, replacing division with inclusion, celebrating friendship and love, things we need more of today.”

Posted by Doc Lawrence at 6:07 AM No comments:


Renewed Adventures in Atlanta and Havana

“Me all alone, me open the rum
It's long the wait for boat to come
American girl come back to me
We'll sail away across the sea.”
~”Havana Moon,” by Chuck Berry 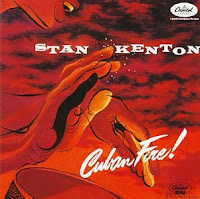 ATLANTA. The announcement from Delta Airlines of direct flights from Atlanta, New York and Miami this fall is welcome news during the early part of “Dog Days,” particularly for those who love rumba, literature, fishing, elevated conversation, great food and classic cocktails.

There is a historic connection between Havana and Atlanta. For decades prior to the Castro revolution, the HavAtlanta games pitted the best amateur athletes from each city in competition. One Atlanta participant met Ernest Hemingway at his Havana home, the Finca Vigia. Today, it is an important tourist attraction.

Cuban influenced cocktails include the mojito, daiquiri and cuba libre (another name for rum and Coca-Cola). With more travel access, Atlanta is strategically positioned to become the cultural and economic beneficiary of this access. Look for high-end Cuban restaurants in Midtown and Buckhead. The better ones will feature live music, something fine dining in Atlanta lacks.

Rock, country and jazz music all have Cuban kinship. One of Chuck Berry’s early hits was “Havana Moon,” a love ballad with a Calypso beat. Jazz maestro Stan Kenton’s, Fuego Cubano (Cuban Fire) is a masterpiece. On a given Saturday night, Atlanta ‘s H. Johnson might play a track or two during his 6 hours of classic jazz on WABE. And, Desi Arnez’ accomplishments as a Cuban musician equaled his role in “I Love Lucy.”

Tracing its roots to the El Floradita bar in Havana, the Papa Doble, also known as the Hemingway Daiquiri was created by the famous bartender Constantino Ribailagua in honor of Ernest Hemingway, who'd been a regular there. When introduced, the Papa Doble sold for $1.25.

In celebration of Delta’s accomplishment re-connecting Atlanta with Havana, why not establish a new tradition, a welcoming toast? Havana passengers entering Cuba would be greeted with Papa Dobles while arriving passengers in Atlanta would have our revered Scarlett O’Hara cocktail.
Posted by Doc Lawrence at 6:07 AM 1 comment: