VINO FROM THE KING OF THE BLUES

“Music is love, and love is music
In perfect harmony.
So when I sing, I have sung all about
The love of you and me.”
B. B. King 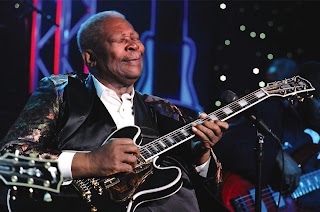 MEMPHIS--Blues legend B.B. King released a new line of signature wines bearing his name across the United States. The Rock and Roll and Blues Hall of Famer debuted the B.B. King Signature Collection here in
Memphis and also in Nashville. The good news is that the wines are headed for other markets including Atlanta, Charlotte, Orlando, New Orleans and everywhere Americans gather to celebrate life

The introduction fanfare brought to mind what Wynton Marsalis once said at Emory University when a student asked him what the blues meant. “The blues,” maestro Marsalis responded, “is a way of never giving in, no matter how tough life is.” As I took a first sip, I thought about all the times I saw B. B. King, going back to my teenage years in Atlanta when, during the heyday of racial segregation, I enjoyed King and other performing legends like Little Richard, Ray Charles and Big Joe Turner at the landmark Royal Peacock on the city’s ”Sweet Auburn” Avenue.

These experiences, then and now are transformational. 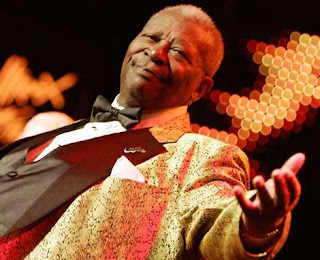 B.B. King’s wines include a red and a white. Both wines are sourced from the award winning Bodega Santa Cruz Winery, which has been producing wine for over 60 years and is located in the D.O. wine region of Almansa, Spain. The red is a Crianza blend made from Garnacha, Syrah, and Cabernet Sauvignon, and the B.B. King white is from 100% Verdejo grapes.

For more than half a century, Riley B. King has defined the blues for a worldwide audience. Since he started recording in the 1940s, he has released over 50 albums, many of them global classics. Over the years, B.B. King has become one of the most renowned blues musicians and developed one of the world’s most identifiable guitar styles, which earned him a #3 spot on Rolling Stone’s Top Guitarists of All Time list. B.B. King was inducted into the Blues Hall of Fame in 1980 and the Rock and Roll Hall of Fame in 1987. He has received more than 15 Grammy awards and was awarded the Lifetime Achievement Grammy Award in 1987. At 87, King continues to tour and averages 250 concerts per year around the world.

Hardly slowing down, B. B. King successfully introduced these new bottles of wine that like his songs, are filled with joy.

A perfect pairing with the blues, good conversation and Southern food, both wines are easy to enjoy for everyday drinking. After a couple of glasses and some great Memphis barbecue, things seemed a little better. It’s the power of the blues and good wine, B.B. King’s gift to the world.
Posted by Doc Lawrence at 6:41 AM No comments:

KOSHER WINES ARE FOR EVERYONE

ATLANTA-Passover is an appropriate time to become more familiar with the delights of Kosher wines. 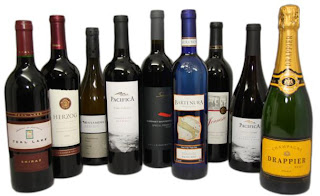 Kosher wine, said Mitch Schneider, who lives in Israel and is well versed in this subject, “is produced according to Jewish dietary laws, called Kashrut. All the appropriate wine making equipment, tools, and storage facilities must be used exclusively for producing Kosher wine. Beginning with harvest, only Sabbath observant Jews are allowed to work in wine production. Only certified Kosher products like yeast can be used.”

Schneider, a career wine professional, offered a few Kosher wine nuggets:  “With some Kosher wine,” he observed, “you might see Mevushal on the label. "  He explained that this literally means boiled or cooked. “Back in history, the Jewish people would boil the wine in order to make it unfit for idolatrous use. Even if an idolater touched it, the wine would still keep the status of Kosher. Today, we use the process of flash pasteurization to make the wine Mevushal. Flash pasteurization is a very, very fast process in which the wine goes through a continuous flow while subjected to temperatures of 160 °F to 165 °F.” 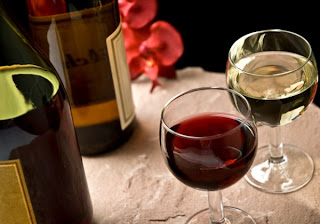 I asked if the terms Kosher and organic were related? “I don't believe they are,” Schneider replied, adding that “in Israel, Yarden Winery produces an organic Chardonnay from their Odem Vineyard. In America, Baron Herzog Winery is not certified organic, but many of their wines come from sustainably grown, low spray grapes.”

Obviously, with all the diversity inherent in wine for over six thousand years, there are aspects of Kosher wine that should attract everyone who loves good wine.  Mitch Schneider believes that Kosher wine should have the same appeal a non-Kosher wine brings. “A Chalk Hill Cab that is Kosher,” he said, “will taste like a Chalk Hill non-Kosher Cab. I know many people won't even try Kosher wine, but the truth is, when tasting a wine, whatever your preconceived notions you had in your head will effect the taste of the wine.”

Schneider claims that there are amazing Kosher wine available today from around the world. More than a few, he states, “are being written about and rated in top wine magazines and winning top medals in various competitions. The days of sweet concord wine are gone! Today, Kosher wine is something to be proud of like any other wine.”

Schneider said to look at Vodka. “There is a Kosher certification on Stoli. Why? Simply for the marketing aspect. No one thinks of Stoli as the Kosher Vodka. Likewise, don't think of Kosher wine as sweet concord wine.”

Here are some of the superior Kosher wines Schneider said to look for in the American marketplace: Castel Winery from Israel – “Their Grand Vin label is amazing.” Hagafen Cellars from California – “Look out for their Pinot Noir.” Borgo Reale Moscato and Bartenura Moscato.- “Two wineries, one wine - both delicious and refreshing from Italy.” Yatir Winery from Israel plus Goose Bay from New Zealand-“their Sauvignon Blanc is crisp, and very well balanced.”

What about Bordeaux? Or Burgundy? Schneider quickly responded, “we sure do have them,” referring me to two sites: KosherCuvee.com and Kosher French Wine importer. 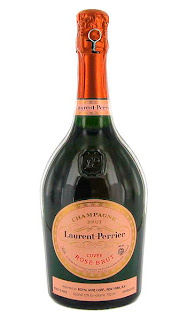 Where to find Kosher wines retail? Whole Foods, Fresh Market, a first-rate wine retailer and if you’re in the Atlanta area, the Dekalb Farmers Market. I have a lifelong pal who has led me into different and usually better worlds and when we were kids, his mother would offer me Kosher dishes, saying with a big smile. “Come on: Try it just once.”

Enough said. It’s time to pour a glass of Laurent-Perrier Kosher Champagne and toast to heritage, tradition, and friendship A glass of Kosher wine brings the history of humankind onto the palate. A transcendent experience.


Posted by Doc Lawrence at 2:27 PM No comments:

AIKEN, South Carolina –This lovely city is well known for thoroughbred horses and all sorts of stylish equestrian competition. Like much of the South, when you look around, there’s always more to keep a visitor occupied and entertained. 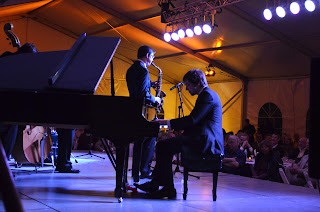 The 5th annual Juilliard in Aiken Festival just concluded and what an event it was. Yes, this is the same New York City headquartered music school so identified with excellence. What may not be well-known is the school’s very prestigious Jazz program, turning out some distinguished alums like Jazz greats Wynton Marsalis, Chick Corea and Christian McBride who rank musically with other Juilliard graduates like Academy Award winning composer John Williams and classical pianist Van Cliburn. The Juilliard in Aiken Festival is firmly established as one of the most impressive, mutually beneficial relationships in the country.

The schedule featured an evening performance at the Green Boundary Club by the Juilliard Jazz Artists Diploma Ensemble, composed of Juilliard’s most advanced jazz musicians.  The selections included a song by Hoagie Carmichael and more than one arrangement inspired memories of the Dave Brubeck Quartet. Just prior to my leaving for Atlanta, the group surfaced for a repeat performance at The Willcox, one of the best luxury hotels anywhere in America, The intimate concert in the bar was what you’d expect in New Orleans or Key West. 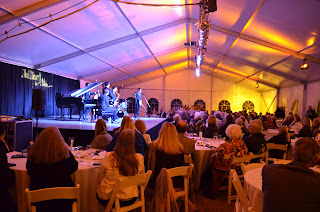 Even with their busy performing schedules, the Juilliard artists who range from classical vocalists to violinists stay busy with daily performances in regional schools as part of the Juilliard in Aiken Outreach Program. Dr. Sandra Field, President of Juilliard in Aiken, said that “outreach is very important to Juilliard’s mission, and to ours, too. It’s a huge part of what the Juilliard artists are here for. When they’re not on stage they’re in the schools. They teach in their disciplines, but they also serve as mentors and role models.”

The exclusive Juilliard in Aiken Performing Arts Festival and Outreach Program is the only partnership of its kind maintained by Juilliard anywhere in the world. The Festival began in 2009, thanks to an extraordinary gift to Juilliard by two Pulitzer Prize-winning authors, Aiken residents Gregory White Smith and Steven Naifeh, who bequeathed the use of their mansion, Joye Cottage, to the school.

Tourism’s trajectory is soaring high here in this wonderful part of America. Offer excellence and people will come. The truly lucky ones will stay.

Gourmet Baseball 2013. Come along and watch spring baseball games in Florida, then join me for dinner:
http://mycookingmagazine.com/gourmet-highway-floridas-spring-baseball-ritual-fine-dining-near-the-ballpark/

Posted by Doc Lawrence at 7:46 AM No comments: