FRIDA & DIEGO IN ATLANTA-FEEL THE HEAT

Passion, Politics, and Painting IN ATLANTA

﻿﻿﻿﻿
﻿﻿ATLANTA-This exciting city is often called the “Capital of the New South” and it’s hard not to agree. With major league sports, fine restaurants, great universities, one of the country’s oldest operas, plus an exploding music scene, the cultural center remains the Woodruff Arts Center, home of the heralded Atlanta Symphony, the Alliance Theatre and the High Museum of Art. With “Frida & Diego” opening this week, the High anticipates another blockbuster exhibition.

Few artists have captured the public's imagination like Mexican painter Frida Kahlo (1907–1954) and her husband, the Mexican painter and muralist Diego Rivera (1886–1957). The myths that surrounded them during their lifetime arose not only from their significant body of work, but also from their active participation in the historical happenings around them.

Frida & Diego positions the artists' work within the political and artistic contexts of their time. Their art speaks of a fierce loyalty to and pride in Mexico, the ideals of the 1910 Mexican Revolution and their commitment to the conditions of the common man. 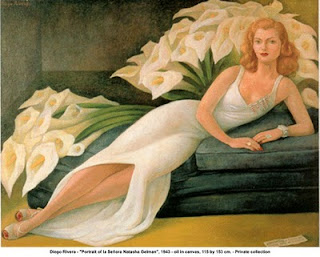 The High Museum of Art is the only U.S. venue for this exhibition, which is accompanied by an impressive full-color catalogue. The exhibition premiered at the Art Gallery of Ontario in the Fall of 2012.

The exhibition runs through May 12, 2013. Ticket information: www.high.org.

NOTE: Enjoy the tropical breezes and exceptional cuisine of Key West, a prelude to a visit to the 2013 South Beach Wine and Food Festival:
http://mycookingmagazine.com/gourmet-highway-the-good-life-in-the-conch-republic/