“They say for every boy and girl
There's just one love in this whole world
And I know I've found mine.”
“Young Love,” by Carole Joyner and Ric Cartey

NASHVILLE-Popularly known as “The Southern Gentleman,” Sonny James lived up that honorary title recalled the late Hugh Jarrett, a member of the Jordanaires, the quartet who often backed Mr. James’ many hit recordings. A member of the Country Music Hall of Fame, Sonny James died here this week. A virtuoso acoustic guitarist with a powerful voice, he is best known for recording “Young Love,” a song written in 1957 by Atlanta’s Carole Joyner along with her guitar-playing boyfriend Ric Cartey when she was an 18-year-old high school student. 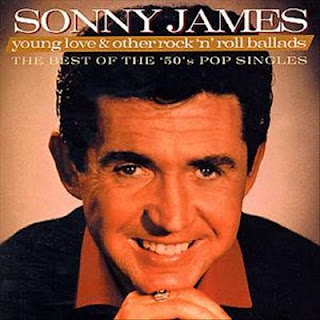 “Young Love” sold over 26 million records, an astonishing success by any measure because it was done before the power of the Internet and social networks and never required any mass promotional effort. It was propelled by the melody, dreamy lyrics, an unusual snare drum introduction and the simplicity of an acoustic guitar.

I never had the pleasure of actually meeting Carole Joyner. I did see her once at Atlanta’s Georgian Terrace Hotel while she was talking to a rising star singer, Elvis Presley who was getting ready to perform at the Fox Theatre across the street. Her arresting beauty attracted just as much attention as Elvis.

After her death in 2007, I met Carol Joyner’s daughter who shared memories of her mother including fascinating details about her date with Elvis who gave her the necktie he wore that night in Atlanta. Elvis and Carole Joyner were pen pals while the man who would become the King of Rock and Roll was stationed in Germany with the U.S. Army. 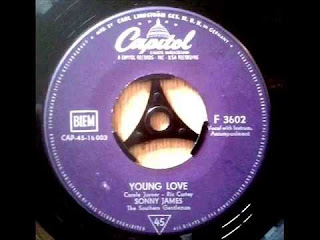 Perhaps the first successful crossover hit record topping both country and popular charts, the significance of  the song isn’t measured solely in record sales or radio play. It remains a classic song and still sells.

“Young Love” will never fade away.